Back To Full Team 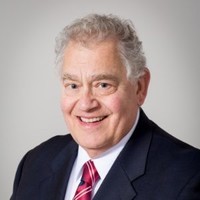 After graduating the University of Minnesota Law School and passing the bar examination in 1967, Gerald Laurie was admitted to practice law in Minnesota and its Federal Courts in that same year.  Shortly thereafter, he started practicing law as a Minnesota Special Assistant Attorney General assigned to the Minnesota Department of Revenue.  In that position, he wrote Attorney General Opinions on whether newly passed Minnesota laws were constitutional.  He also gained considerable experience trying tax cases before the Minnesota tax court, district courts, probate courts, and the Minnesota Supreme Court.  He then spent many years in private practice.  He is now of counsel with the SchindelSegal law firm.

Jerry is one of a few attorneys in Minnesota that is dual board certified as both a Civil Trial Specialist and a Labor & Employment Law Specialist by the Minnesota State Bar Association for many years.

A licensed mediator on the Minnesota Statewide ADR Neutrals Roster (Rule 114), Jerry has also mediated many cases and was selected as a Leading American Attorney in Alternative Dispute Resolution for employment law, commercial litigation, and personal injury.

He has also authored and co-authored numerous legal articles and lectured locally and nationally, on such topics as trade secret litigation, non-compete agreements, whistleblowing, sexual harassment, trial procedures and techniques.

In 2021, Jerry accepted an invitation to be a Fellow of the American Bar Foundation.  This is a global honorary society of attorneys, judges and legal scholars demonstrating outstanding dedication to the highest principles of the legal profession and to the welfare of their communities.

In 2020, Jerry was chosen as one of the Attorneys of the Year for the above-mentioned landmark decision in sexual harassment.  This award is given to attorneys who have made outstanding contributions to the public, the bar, and the practice of law in Minnesota.

In 2016, 2017, and 2020 he received awards for being in the Nation’s Top One Percent of the lawyers in the United States by the National Association of Distinguished Counsel.

In February 2015, he received the Martindale Distinguished Client award for performance in quality of legal services, representation and communication ability.  Less than 4% of the 900,000+ lawyers listed on martindale.com and lawyers.com have been awarded this honor of distinction.  He received from the Martindale-Hubbell legal rating firm, its Award for holding its highest AV rating for legal ability and ethics for 30 years from 1980-2010.

We are accountable to give 100% to our families, clients and colleagues. “Work hard, play hard” isn’t just a cliché for us, it is a way of life.

We are unwavering in our commitment to our profession, clients and colleagues. We relentlessly seek outcome-based solutions both internally and for our clients.

We share a desire to give back to our communities through volunteer and philanthropic activities.

We build and cherish long-lasting relationships with our colleagues and clients. The spirit of friendship is always present in our professional and personal lives.

We strive to be patient, honest and kind to those with whom we come in contact. There is no hierarchy to respect.