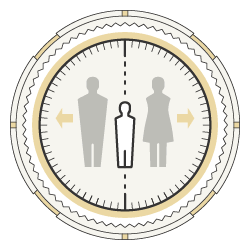 Can a Divorce Decree Be Modified?

Yes. A divorce decree modification is a change to the agreed upon divorce decree as issued by the court. Such divorce modifications can change alimony, child custody, visitation rules, child support amounts and other aspects of a child’s living environment –internet usage, what persons can stay over when the child is present, and so on.

In general, there is no specific time frame or length of time required to modify a divorce decree. The reason for this is that personal situations often change, including earnings, employment, or the needs of a child.

It is worth noting that many state courts place a limit on modifications as it relates to child custody. For example, in the state of Minnesota, a court will not make any modifications to child custody until two years have passed since the original divorce decree and child custody agreement. Above all, the court is focused on stability and the best interests of a child or children. Also, divorced parents can  make a minor divorce modification, if agreed upon, without the involvement of the court.

What Can Be Modified

A divorce decree is commonly modified because of one of the following reasons:

Unjust: if a divorce is considered unjust to one party or the situation itself has changed, then the divorce decree can be modified. Note that issues concerning property or liabilities should be settled as soon as possible. This is because after a decree has been finalized, there is only a small window of time to request property or liability modifications. After this appeal period has passed (in Minnesota this period is 60 days), then matters concerning property cannot be reviewed by the court.

Child Support and Visitation: a good majority of decree modifications concern child support and parental visitation rights. This can be a modification of monthly support, visitation days and/or times, or other matters such as one parent’s behavior in front of their child.

At the Law Offices of SchindelSegal, PLLC, we understand that modifying a divorce decree is an involved and often emotional process. However, in many cases a modified decree is required to ensure the quality of life of all involved parties and children. If you need representation for divorce modification in Minnesota, please contact us by phone at (952) 358-7400, or by visiting our office at 5901 Cedar Lake Rd, Minneapolis, MN 55416.